When the person arrested receives a conditional discharge, he is placed under probation supervision. There is no minimum amount of time that this supervision period must last. The maximum period is three years. Typically it is for one year. There is usually no trial. There is usually no guilty plea. And, most importantly, there is no record of having been convicted. New Jersey driving privileges are usually retained. When the probation supervision is successfully completed, the marijuana charges are dismissed. The person will still have a record of an arrest, but not of a conviction. After a short waiting period, the New Jersey arrest record itself can then be expunged. After expungement, the fact that the person was even charged with an offense involving marijuana will not appear on public record searches.

Whether a person can have marijuana charges diverted in New Jersey depends on many factors. Persons with a previous marijuana or drug conviction are not eligible. They will likely be ineligible even if the previous marijuana conviction was not in New Jersey. A previous diversion in New Jersey will disqualify a person for a conditional discharge. Other factors include the amount of marijuana involved, and whether the arrest occurred within a certain distance of a school, a public housing project, or public park. Conditional discharges are not available in Juvenile Court. Other methods are available for juveniles, however, that can ultimately result in there being no conviction.

A conditional discharge for persons charged with possessing a small amount of marijuana is not always in that person's best interest. On account of that, and other reasons, not everyone arrested for a marijuana offenses in New Jersey wants a conditional discharge. And, as just mentioned, not everyone arrested for a New Jersey marijuana offense is eligible for it. In such situations, the marijuana defendant must either enter a guilty plea or have a trial. This determination to try the case, seek a diversion, or negotiate a plea is one of the most crucial decisions that the person charged with a marijuana offense must make. Marijuana Lawyers in New Jersey™ weigh the likelihood of success against the risks of losing, and advises the client. But it is the person that was arrested who makes that ultimate decision, not Marijuana Lawyers in New Jersey™. 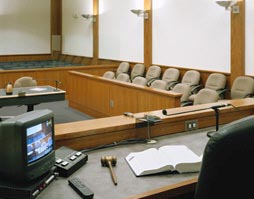 Marijuana-related charges often arise in connection with other charges from the same incident. Those sets of charges influence what the best course of action might be. Where multiple charges exist, a lawyer's efforts will often result in a better overall disposition. Even when only one charge exists, matters that originally appear straightforward sometimes hit snags when the judge calls the case. At that point, it may be too late to bring a lawyer into the picture. Having a lawyer on hand can help keep the case on track.

Marijuana Lawyers in New Jersey™ handle marijuana-related matters in New Jersey on an ongoing basis. His experience exceeds forty-five years. He represents clients with skill, experience, and understanding. He is available to discuss your situation with you on a no-charge no-obligation basis. Call him!