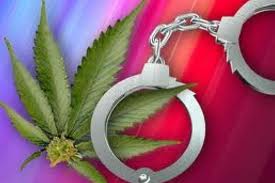 Allan Marain is one of the Marijuana Lawyers in New Jersey™. He has obtained acquittals for persons found with nickel bags of marijuana, or a few marijuana seeds, as well as persons found with many pounds of weed. He has successfully represented persons arrested in their homes, in New Jersey college dormatories, in cars, on New Jersey streets, and even marijuana inside New Jersey prisons. He fights for clients arrested for marijuana possession, marijuana distribution, or possession of marijuana with intent to distribute. He fights marijuana cases in federal court, municipal court, the Superior Court of New Jersey, juvenile court, and on appeal. His marijuana clients have included people arrested following issuance of a search warrant, as well as searches with no warrant. He obtained amicus status on behalf of both the National Organization for the Reform of Marijuana Laws (NORML), and the Coalition for Medical Marijuana--NJ (CMMNJ), in an application before the Supreme Court of New Jersey. That application sought recognition of the “necessity” defense to possession of marijuana in situations not addressed by the New Jersey Compassionate Use Medical Marijuana Act (CUMMA).

Allan has been a member of the New Jersey and federal bars since 1976. During most of that time, he was in private practice. Criminal defense, especially as it relates to drug charges, has always been a predominant feature of that practice. Between 1989 and 1997, Allan served as a staff attorney with the Office of the Public Defender, Middlesex Trial Region. In that nine-year period, his exclusive assignment was criminal defense. He tried numerous indictments in the Superior Court of New Jersey, usually in front of juries. Law & Politics Magazine, and the publishers of New Jersey Monthly, have included Allan Marain on its annual list of New Jersey “Super Lawyers” on six separate occasions. A 2013 Joint Resolution of the New Jersey Legislature recognized him, stating, “Within all the spheres of his life and work, Allan Marain has established a model to emulate and set a standard of excellence towards which others might strive[.]”

Allan is a member of the Legal Committee of NORML.  He attended every NORML annual legal defense seminar in Key West, Florida, from 2001 through December 2021, except for 2010. (There was no seminar in 2020.) Allan helped found NORML-NJ. He drafted and filed its Articles of Incorporation. He is a former director of, and now serves in an advisory capacity for CMMNJ.

Allan belongs to the New Jersey State Bar Association. He is a past chair of its Criminal Law Section as well as of its Municipal Court Practice Section. In 2006, Allan delivered a lecture to the Annual Meeting of the New Jersey State Bar Association, in Atlantic City. His topic was, Courtroom Challenges to Laboratory Identification of Marijuana. As a Senior Instructor with Garden State Continuing Legal Education Services, Allan has lectured to lawyers throughout New Jersey on defense of persons charged with marijuana and marijuana-related offenses. Allan has also been a guest lecturer in criminology courses at Rutgers University.

Allan was graduated with honors in 1976 from Seton Hall University School of Law. He is a Senior Instructor with Garden State Continuing Legal Education Services, where he has co-presented its seminar to New Jersey attorneys, "Defending a Marijuana Case in Municipal Court." He has been a guest lecturer at Seton Hall Law School and at Rutgers University. He has also instructed the Skills and Methods Course in Criminal Law for the New Jersey Institute for Continuing Legal Education.

Allan lives with his wife Karen in Franklin Township, and in Nutley NJ. Their pure white Persian cats, Penny and Jasper have, alas, gone to that great catnip farm in the sky. Allan's hobbies include reading, mathematics, philosophy, sociology, computers, aviation, movies, and physics. He also likes 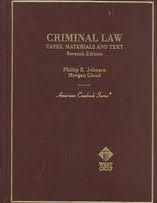 His three favorite courtroom novels are The Caine Mutiny, by Herman Wouk; To Kill a Mockingbird, by Harper Lee; and Anatomy of a Murder, by Robert Traver. John Grisham novels are not among Allan’s favorites. He finds too much fantasizing in them. It’s not that Allan has anything against fantasizing as such. For example, he’s a real Batman fan, and he enjoyed all three Terminator movies. But what he dislikes is fantasizing in something that tries to present itself as plausible.

Allan has a commercial pilot’s license, is a Certified Flight Instructor, an instrument ground instructor, and an advanced ground instructor. His last aviation project was to obtain proficiency with Bendix/King KLN89B Global Positioning System (GPS) navigating equipment. He flew regularly from Central Jersey Regional Airport (47N) in Manville, New Jersey. Allan grounded himself several year ago when he found that he lacked

time to fly regularly and thus maintain sufficient proficiency. However, he maintains his flight instruction certificate and occasionally lectures on instrument flying. He looks forward to resuming his flying at some future date.

No aspect of this website has been approved by the Supreme Court of New Jersey.