I have a commercial pilot's license. In the late 1960's or early 1970's, I decided to fly my Cessna Skyhawk, N84371, from New Jersey to Laguna Beach, California, where my mother was then living. Anna, my girlfriend, would come along. We would have one additional passenger, Russ. I knew Russ from “Rap Line,” a counselling service at the time staffed by volunteers from the Rutgers University community.

The Viet Nam war was then in full bloom. Opposed to this war were long-haired “hippies.” I had long hair at the time. Russ looked hippieish. Anna looked like a Republican. (Don't judge a book by its cover.) 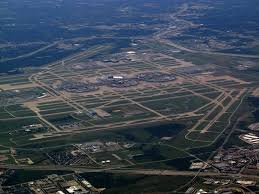 The plan was that the three of us would fly to Tucson, Arizona. From there, Russ would leave us to spend a few days at Lake Tahoe, Nevada. Anna and I would fly on to Laguna Beach and spend time with my mother. We would rendezvous again with Russ at a prearranged time in Tucson, and fly back to New Jersey. And that is what happened. Anna and I had an enjoyable visit with my mother. Returning to Tucson, Russ met us at the prearranged time after a refreshing few days at Lake Tahoe.

The range of the Cessna Skyhawk is limited. We had to land every few hundred miles to refuel, to check the weather ahead, and to plan the next leg of our trip back to New Jersey. We decided that our first stop from Tucson would be El Paso, Texas. It was a hot desert day, but the weather was otherwise good. We had good visibility, and no storms were forecast. Nonetheless, I filed an instrument (“IFR”) flight plan.

When flying IFR, air traffic control (“ATC”) monitors the entire flight. ATC provides separation from all other air traffic that is also flying IFR. When in radar contact, ATC also warns of potential conflicts involving other air traffic that is not flying IFR. So I radioed Tucson Clearance Delivery, got my IFR clearance, dialed my assigned code into the transponder, got taxi clearance from Tucson Ground Control, taxied to the active runway, got takeoff clearance from Tucson Tower, turned on the transponder, and departed. Tucson Tower instructed me to contact Tucson Departure Control, and I did. Tucson Departure confirmed that we were in radar contact. In due course, Tucson Departure handed us off to the Albuquerque Air Route Traffic Control Center. Center, in turn, handed us off to El Paso Approach Control, and Approach handed us off to El Paso Tower. On our entire flight, from the moment of take off from Tucson until we landed in El Paso, N84371 was in radar contact. El Paso Tower automatically closed our IFR flight plan when we landed, and told us to contact El Paso Ground Control.

El Paso Ground Control cleared us to proceed to the fueling area. We taxied there and shut the engine. I expected to be met by a fuel truck. Arriving, instead, were two United States Border Patrol agents. Both were in uniform. Both were very conspicuously armed. One of the agents told us that Customs had neglected to search our plane before we departed from Nogales, Mexico, so they needed to search it. I explained that we were never in Mexico at all, that we had just arrived from Tucson, and that we were on IFR the entire time. One agent made a show of looking at a piece of paper (he never showed it to me), and said that their information was that we had come from Nogales. Therefore they had to search the plane.

I was not a lawyer at the time. I had not even begun law school. I had never studied the Fourth Amendment. The Fourth Amendment is that part of the United States Constitution that prohibits unreasonable searches and seizures. I had no idea of what my rights were. El Paso was even hotter than Tucson had been when we left. I had no idea of the patience or, for that matter, the mental stability of these two conspicuously armed and increasingly impatient Border Patrol agents. My ignorance of the law, the heat, the officers' weapons, and my uncertainty as to how much arguement these officers would tolerate are all thoughts that raced through my mind. In short, I was utterly intimidated. I acceded to their demand to search N84371.

They searched. They found a good amount of dirty laundry and, maybe, some empty food wrappers. They found aviation charts and other flight-planning material. But they found no drugs. They found no cache of money (I should be so lucky). They found no weapons. They found no other types of contraband. Satisfied, they left. They never asked us to fill out customs declaration forms, required of all travelers returning to the United States. 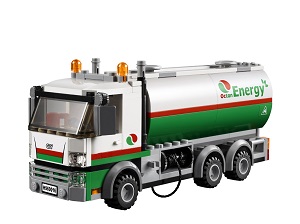 It was at this point (and only at this point) that the fuel truck finally arrived. Its driver took my fuel order and topped off the tanks. The remainder of the trip was uneventful.

Some reflections upon this incident are in order. First, I knew Russ from Rap Line. He was friendly. He always came across to me as a pretty level-headed guy. Beyond that, however, how well did I really know him? While I was spending quality time with Anna and my mom, what was Russ doing at Lake Tahoe? Was Lake Tahoe even where he really went? Was he smoking? Had he copped a stash to carry back to New Jersey?

I had no reason then to suspect any drug-related activities on his part. In retrospect, my impressions remain the same. But what if I had been wrong? It is very likely that all three of us would have been placed into federal custody. My airplane surely would have been seized and confiscated. The agents would have sworn on all that's holy that all three of us had eagerly consented to the search. And in comparing our mug shots to the officers' spiffy uniforms and Elliot Ness demeanor, what judge would have accepted our word over theirs?

Twice now I have referred to N84371 as “my airplane.” I use “my” in the sense that that was the airplane that I happened to be flying. But the Skyhawk was not mine in the sense of actual ownership. N84317 belonged to a flying club. I was a member of that flying club. It was the club that owned the airplane. The club had allowed me to fly N84371 to California. Not unreasonably, the club expected me to return it to New Jersey.

The United States Border Patrol agents lied. No one told them that we came from Nogales because, in fact, we hadn't. They knew it. Our IFR flight plan proved it. What they had were two antiestablishment-looking guys and Anna, landing at a border airport in a small plane. Oh, yes: They also had the full blessing of the United States government to use subtrafuge and deceit in the name of President Nixon's “War on Drugs.”

After almost a half century, I still poignantly recall the incident in the hot El Paso sun. Much has changed. Ubiquitous video cameras expose official deceit and lies. The public and even, to a certain extent, judges, are now more (but still insufficiently) suspicious of officers' courtrooom testimony. But still abuses abound. And they will continue to abound so long as there is a “War on Drugs.” Elimination of this War on Drugs, of course, will not eliminate perjury by government officials. It will, however, severely reduce the number of situations that motivate it.


The Fourth Amendment says nothing about what the penalty shall be when the right of the people to be not subjected to unreasonable searches and seizures is violated. The United States Supreme Court filled that gap in 1914, in a case entitled Weeks v. United States, 232 U.S. 383, 34 S.Ct. 341, 58 L.Ed. 652 (1914). Weeks held that incriminating evidence obtained as the result of an unreasonable search and seizure evidence could not be utilized against the accused individual in a criminal trial. The evidence would be “suppressed.” Suppression, it was asserted, would remove the incentive for the government to violate the Fourth Amendment. The result would be that sometimes accused individuals who were in fact guilty could avoid conviction. And in actual practice, that is what happened.

Although it is most conspicuously guilty individuals that benefit from suppression of evidence, it was not for that purpose that the Supreme Court created that remedy. 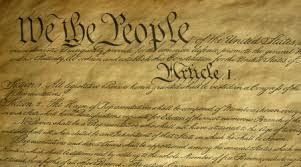 It created that remedy, rather, to prevent the not guilty from being subjected to indignities such as related here. Over the years, however, courts, including the United States Supreme Court, have upheld suppression more and more grudgingly. This diminishing use of suppression has severely reduced the incentive of government officials to obey the Fourth Amendment. Russ and Anna and I paid the price.

It is more than just the three of us who lost. Who also lost are the American people. From a societal perspective, one illegal search on a hot summer day at El Paso International Airport is insignificant. The accumulation of thousands, tens of thousands, or hundreds of thousands of illegal searches such as that, however, is a big deal. It bespeaks loss of ideals upon which the United States was founded. Note, especially, that the primary victims of police lawlessness are not the well-heeled. Rather, the primary victims are blacks, Asians, Hispanics, native Americans, young people, indigents and, in fact, anybody who lacks the resources or political clout to fight back.

On a hot summer day at El Paso International Airport, another nail was hammered into the coffin of American democracy. United States Border Patrol agents spit on the United States Constitution. And that is shameful.

Allan Marain is a New Jersey marijuana lawyer. He is adept in challenging and exposing unconstitutional searches and seizures. He is available to discuss your situation in a no-charge no-obligation office conference. Call him!